Steven has extensive experience with community association law. His experience in this area of law, which began in 1988, includes litigation on behalf of condominium and homeowners associations in Ohio county common pleas and appellate courts as well as the Ohio Supreme Court. Steven has represented associations in the Federal District Court and the Federal Sixth Circuit Court of Appeals. Steven’s practice also includes the preparation, review and rewrites of governing documents, contract reviews and preparation, collections, enforcement, developer/construction litigation, board of revision taxation hearings/complaints and many other issues faced by community associations. He also frequently attends and runs annual meetings for community association clients.

His practice includes counseling and advising clients, as well as prosecuting and defending claims and lawsuits in all the above-mentioned areas of law. Steven also represents corporate international clients in general business and real estate transactions.

As the leader of the Ott & Associates Co., LPA, team, Steven facilitates the informational seminars for the firm’s community association clients. He often runs these seminars with a panel format with other attorneys from the firm, and welcomes input or inquiries from board members and property managers in attendance. Recent topics at our seminars include “The Planned Community Act,” “Board Member/Officer Liability” and “Enforcement of Decs and Bylaws: Assessments, Hearings & Remedies.”

In November 1980, Steven was admitted to the practice of law in the State of Ohio. Steven is licensed to practice law, in Federal District Court for the Northern District of Ohio, the Sixth Circuit Court of Appeals and the United States Supreme Court. He is a member of the Cleveland Metropolitan Bar Association (formerly serving on the Real Property Section and the Grievance Committee), the Ohio State Bar Association, the American Bar Association and the Community Associations Institute. Steven is also a member of the Lakewood Chamber of Commerce and was a founding member of the Lakewood Community Progress, Inc. now known as LakewoodAlive. He is an active volunteer with the Greater Cleveland Boy Scouts of America and currently serves on the Executive Board. Steven has received numerous commendations over the years for his dedication to the Boy Scouts.

In 2012 Steven was awarded the “Key to the City of Lakewood” from Mayor Michael Summers at the Fifth Annual Mayor’s Ball. The mayor acknowledged his dedication to the city, primarily through his work on the city’s housing strategy and many years on the City's Planning Commission.

Steven earned an undergraduate degree in 1977 from Ohio Weslyan University, where he majored in Government and Politics. He earned a Juris Doctorate in 1980 from the Cleveland-Marshall College of Law at Cleveland State University. Steven was certified by the Ohio State Bar Association as a Residential Real Estate Specialist in 2008. 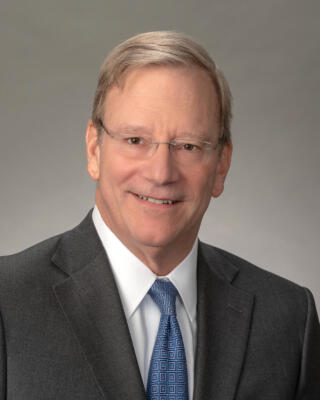